Get Together: Citizens' Assembly

Get Together: Citizens' Assembly 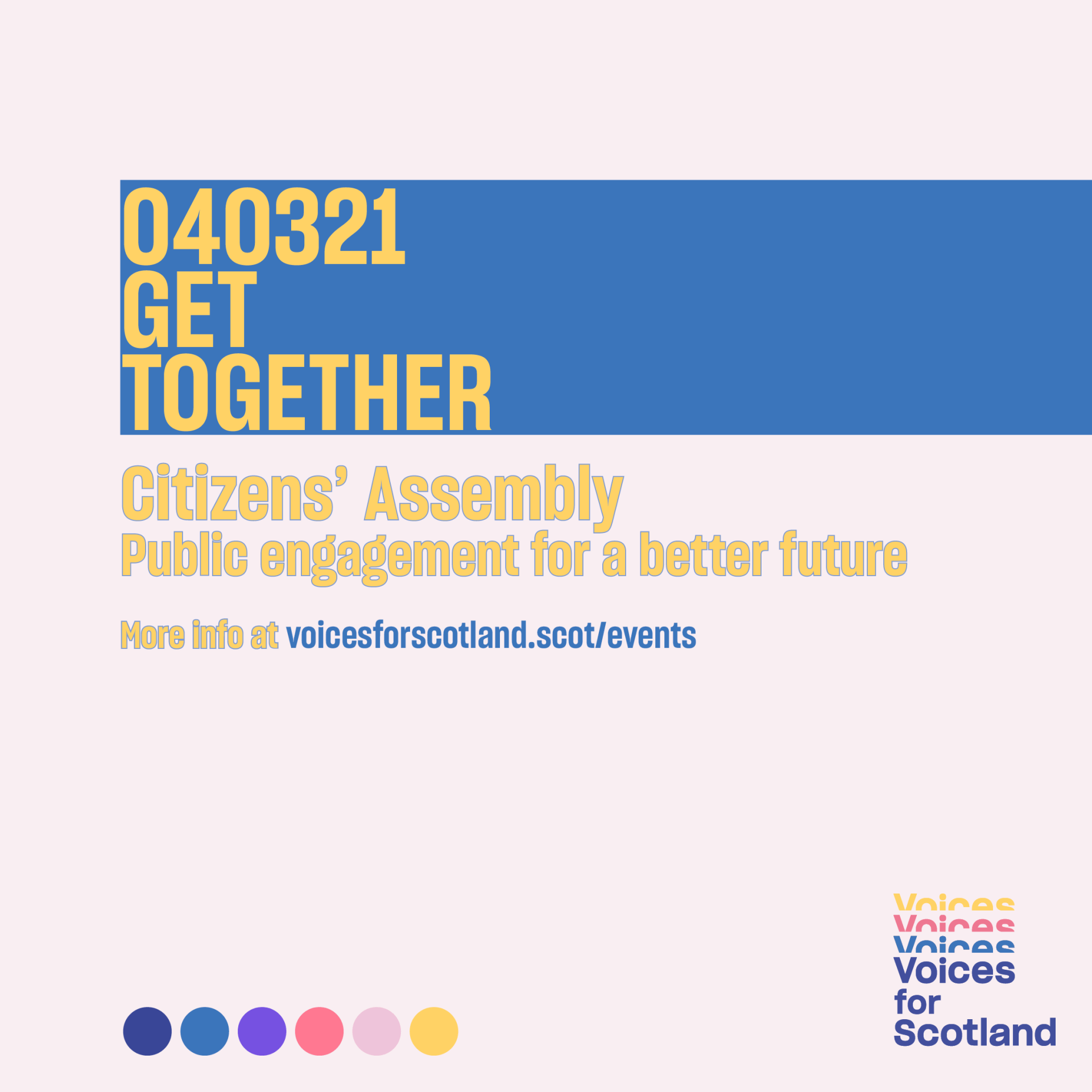 The Citizens’ Assembly of Scotland gathered over 100 people from across Scottish society to discuss Scotland’s future, asking questions like:

What kind of country are we seeking to build?

How best we can overcome the challenges Scotland and the world face in the 21st century, including those arising from Brexit?

What further work should be carried out to give us the information we need to make informed choices about the future of the country?

The Citizens’ Assembly did not have a direct focus on Scottish independence and this event is not directly about independence, rather we look at the importance of building engagement and consensus around the future direction of our country.

If you’d like to join this even, please register here.