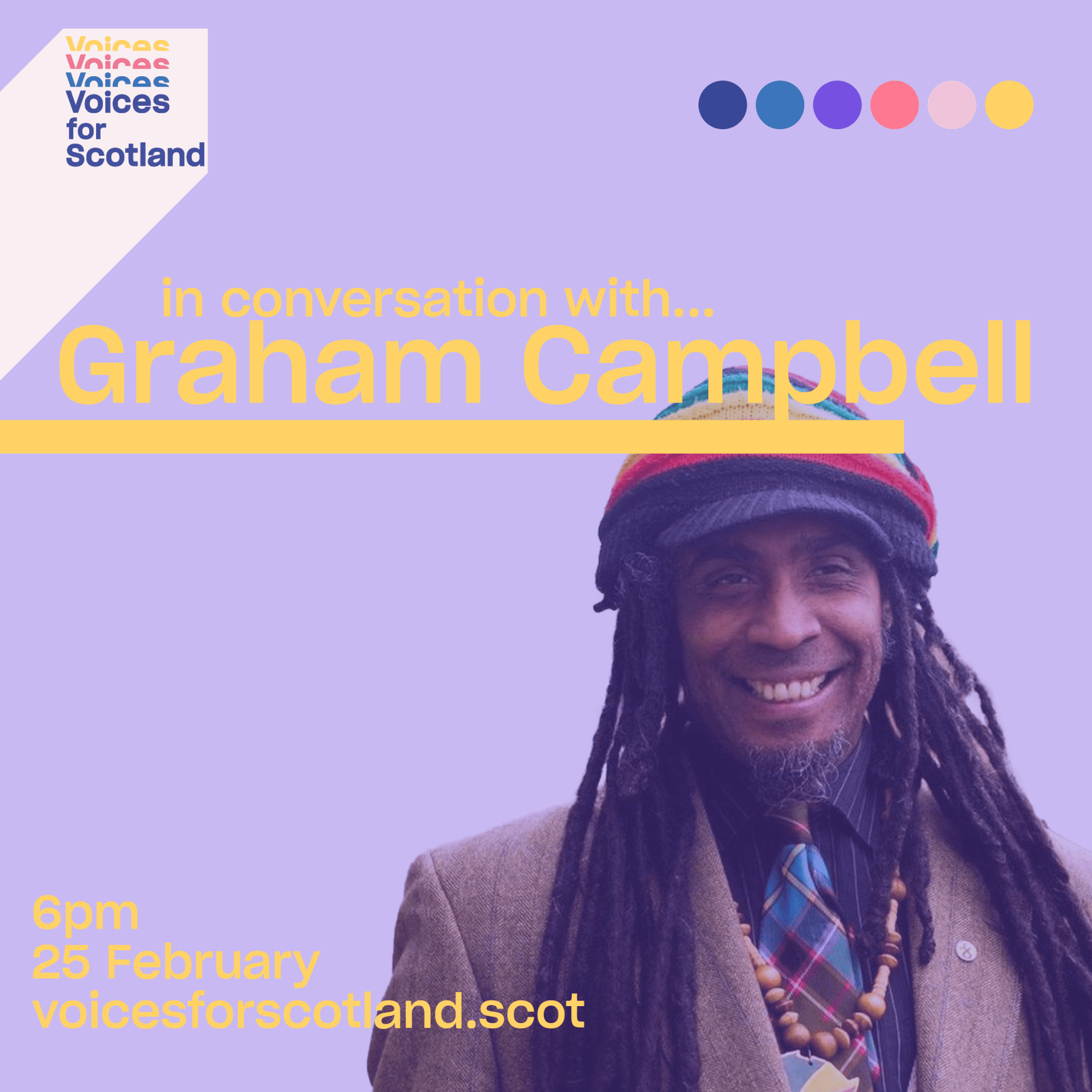 Voices for Scotland are delighted to be joined by Glasgow City Counsellor, Graham Campbell, for this In Conversation event.

Graham co-founded Africans for an Independent Scotland in 2012 and Yes Provan – he has been a passionate advocate for socialism, Pan-Africanism and Scottish independence for 21 years. He grew up in North London and after living in England, Canada and Jamaica moved to Glasgow in 2002.

Graham is a veteran political campaigner and community activist who in May 2017, was elected as Glasgow’s first African Caribbean Councillor. Graham was instrumental in Glasgow City Council holding its first ever official Black History Month event hosted by the Lord Provost in October 2017.