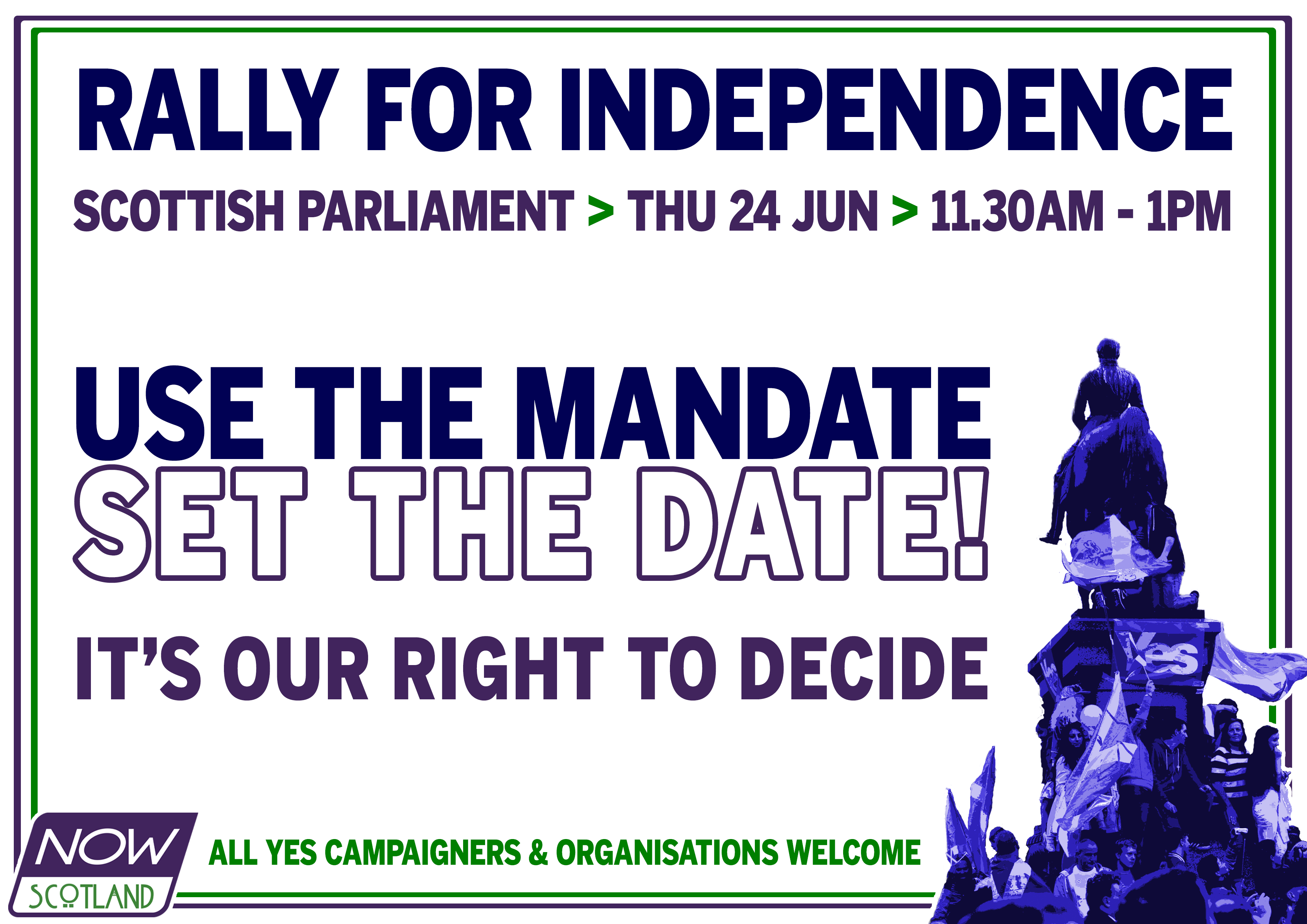 We are organising a socially distanced rally outside Holyrood before the Parliament closes for the summer. It is vital that we send a clear message that we demand urgent action on Independence and that the pro-indy majority in the Scottish Parliament takes action, not later but now.