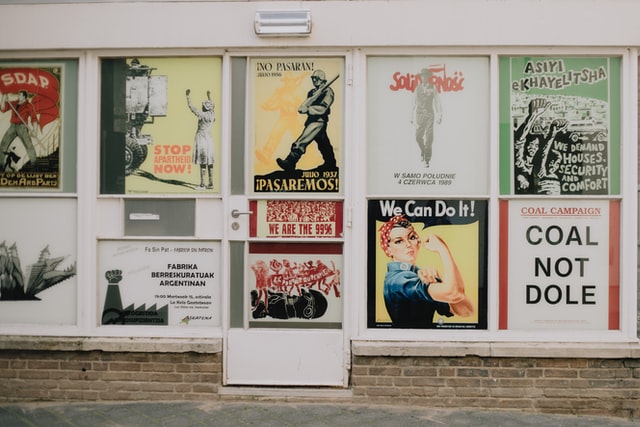 A succession of opinion polls has now shown that support for independence is growing. Brexit and the pandemic have fed into a growing realisation that Scots can organise their own affairs better than the current chumocracy installed in Westminster. The independence movement is preparing for another Scottish parliamentary election and the debate over indyref2 continues. Some in the unionist camp have noticed the trend, and they are worried.

The more craven English nationalists have pitched in. Some, like author Louis de Bernieres, want to see the back of us, the sooner the better. All the best Louis! Nigel Farage’s latest right-wing English nationalist project, Reform UK, claims to have a Scottish branch.

Others ignore the polls and hope that talking about the ‘post-covid recovery’ will divert people away from independence. Anas Sarwar hopes to take the Scottish Labour Party in this direction, Monica Lennon at least wants to give Scots a chance to express their democratic voice in a referendum. Either way, Keir Starmer, the Labour leader, will not countenance this as he wraps himself tightly in the union jack.

The usual hostile press relentlessly attacks Nicola Sturgeon for being at least competent while Boris blunders his way through the covid disaster. Look at the false claims about the vaccination roll-out. The attacks are tinged with misogyny and patronising references to jocks, kilts and bagpipes. The usual bile is churned out in the letter pages, comment posts and social media. So far, so predictable.

The old, unionist war horse, Gordon Brown has re- appeared with his ‘Scotland Can’ initiative, promoting a devolution plan.  He is the former Labour chancellor who deregulated the financial system which duly repaid the people with a banking collapse, economic crash and years of crippling austerity. He thinks that the UK government should be nicer to Scotland and talk up the benefits of the union. We all remember ‘The Vow’ from 2014. Reheated mince will not cut it this time.

Meanwhile, serious unionists within the Westminster government, who recognise the threat to the union, have started organising their defence. A new ‘Union Army’ has been created. A collection of highly paid Tory cronies and civil servants will help shape policy and get the message across. The new chief of this army, Oliver Lewis, late of the ‘Vote Leave’ campaign, resigned less than two weeks in the role and said that his position had been made “untenable”.   His replacement will get £110,000 of tax- payers money to spread the lies and dark propaganda that characterised the Brexit campaign. Remember the £350 million a week for the NHS that would be released after Brexit? We could surely do with that now.

An insight into the mentality of this propaganda machine is given in a quote from an insider claiming that the team’s challenge is, ‘similar to that faced by the US generals in Vietnam.’ You wonder what they teach them in these public schools. The group wants a ‘holistic’ campaign against independence. What does this mean? Hug us and stab us in the back at the same time.

We say bring it on. We have the arguments, the determination and the creativity to cope with their propaganda. They will have millions of pounds at their disposal, with a bunch of unelected, unaccountable millionaires in the background pulling the strings. We have millions of people, in Scotland and abroad, supporting the fight for the democratic right to determine our own future.

Take control of the message. Join with NowScotland in the campaign to deliver an independent Scotland.